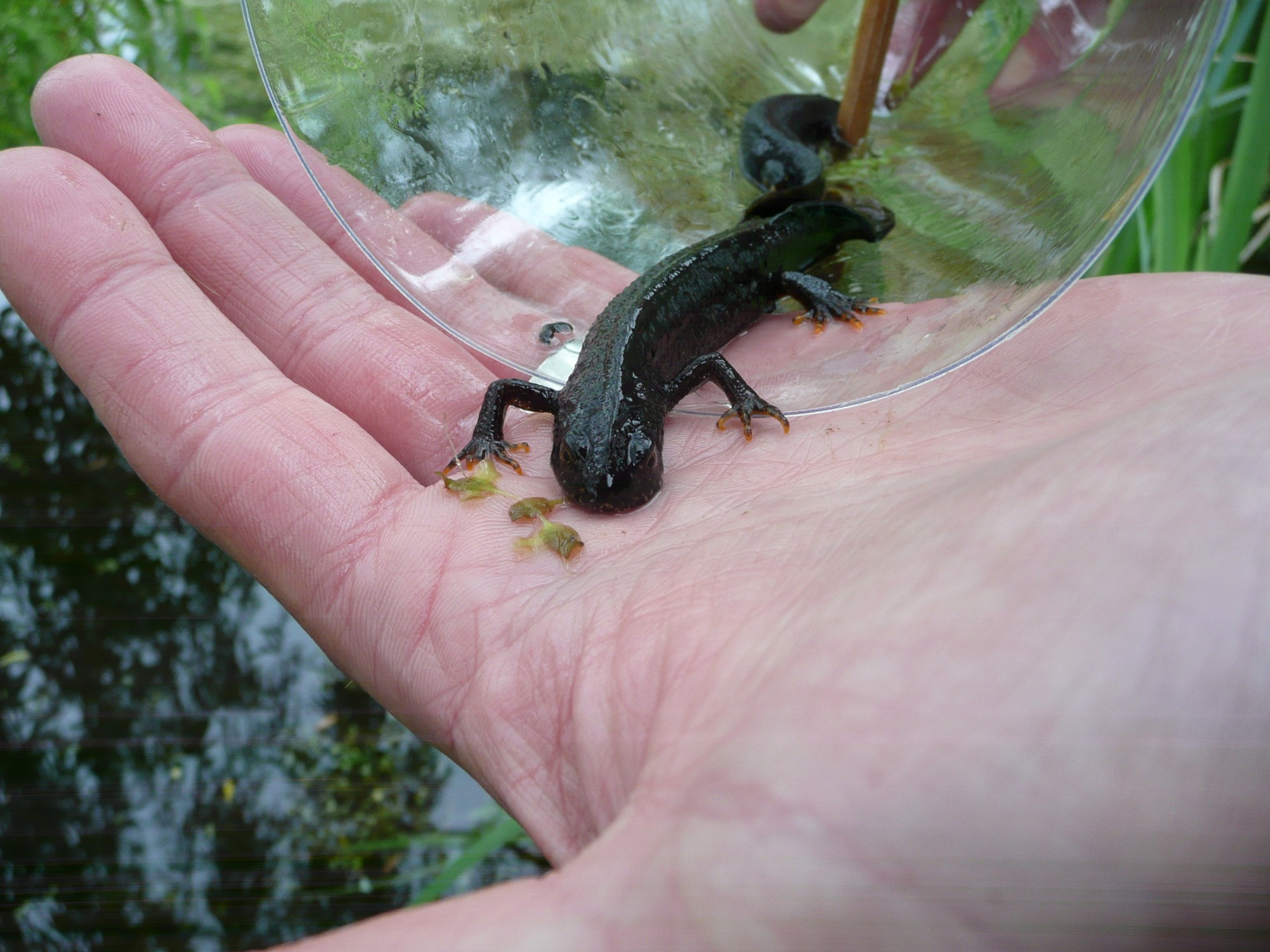 Newts have the ability to regenerate lost limbs, but despite this amazing ability they are less robust when it comes to habitat change. Great crested newts (GCN) have been declining across the UK over the last 50 years or so as farming methods modernize and ponds are filled in to make way for more crops. They are now one of the country’s most strictly protected amphibians, but very little is known about them, with only around 1/6th of breeding ponds being identified. Development proposals can negatively affect GCN populations through damage/destruction of foraging, breeding and hibernation habitats, so it may be necessary to consider how to reduce impacts when planning a development.

UEEC is currently conducting GCN surveys across a range of habitats in southern England, in order to enable us to advise our clients in advance of planning applications for residential, commercial and leisure developments and a major urban extension.

When you need to survey

During the Preliminary Ecological Appraisal or Extended Phase 1 Habitat Survey, an ecologist will normally attempt to assess all waterbodies within 500m of a development for suitability for breeding GCN.  In tandem with this, biological records data can reveal whether there are historical records of GCN in the area, which would increase the likelihood of them being present on site.

GCN need to be considered even when there are no waterbodies within the area to be affected since adult GCN are largely terrestrial, only returning to ponds to breed in spring and early summer.  Suitable terrestrial habitats for GCN include rough grassland, scrub, woodland, hedgerows, and even log/rubble piles and building foundations which can be used for hibernation or shelter.

We have found newts breeding in a range of ponds this season, from those which appear highly suitable (based on a Habitat Suitability Index) sited within a Site of Special Scientific Interest, to murky muddy pools with very little water.  Since newts are likely to use a wide variety of ponds it is recommended to survey even if they appear unsuitable.

What surveys are required

The season for surveying is between March and late June, with peak season between mid-April and mid-May when newts are most likely to be present in waterbodies. To determine whether newts are present using traditional techniques, at least 4 surveys should be carried out over the season with at least 50% of visits during the peak season. If great crested newts are found then a further 2 surveys will be necessary to estimate the population size.  We usually use at least 3 of the following recommended traditional methods on each visit to assess presence:

An alternative survey method which is increasingly used by consultant ecologists is eDNA sampling.  This involves collecting 20 water samples from each pond, in accordance with a strict survey protocol to prevent cross-contamination.  Subsequent laboratory analysis determines whether there is any trace of GCN DNA in each sample, which can be relied upon as proof of presence or absence.  A major limitation of this technique is that it cannot estimate population size, and so if GCN is recorded traditional surveys will still be required.  However, it is a highly effective technique when assessing large numbers of waterbodies, or if updating a previous survey where GCN were found to be absent.

Further surveys if GCN are recorded

When GCN are recorded using a traditional 4-visit survey, a further two surveys are required to estimate the population size in each pond, or the meta-population in a series of ponds in a close network.  The peak count per pond and the total site count are recorded.  Ponds are then classified as having a small, medium or large population of newts.

Depending on the population size of newts, the number of ponds containing newts nearby and whether they are using the pond for breeding, recommendations for mitigation measures may be made to reduce the impact of the development on great crested newts. Activities such as site clearance, excavation and construction works can kill or injure great crested newts as well as destroying suitable habitat for breeding, foraging and hibernation. In the long term it could fragment populations in the local area and reduce breeding success, particularly if it results in the creation of barriers to dispersal such as roads. Mitigation is devised on a site by site basis but can involve translocating newts or creating new habitats in the place of those lost, such as rough grassland for foraging and replacement breeding ponds.