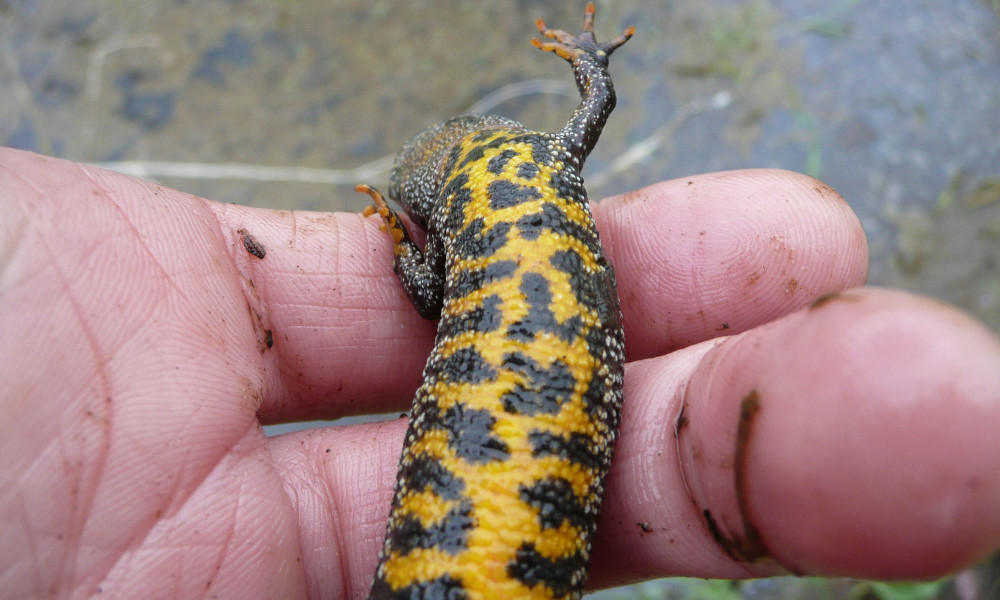 Spring is finally here (meteorologically at least), and Great Crested Newts (GCN) will be emerging from hibernation.

Now they’ll be heading for their breeding ponds so that they don’t miss out on courtship rituals and mating during March, April and May.

If you have a development site within 500m of a GCN breeding pond, you may need to survey for this species before applying for planning consent, especially if you have suitable terrestrial habitat for GCN on site such as woodland, scrub, hedgerows, ditches and coarse grassland.

Ordinarily survey for GCN requires at least four visits to a site and involves a variety of techniques including bottle trapping, torchlight survey and netting.  But since 2014 UEEC has offered surveys carried out using eDNA (environmental DNA) analysis.  Sampling is carried out by Natural England GCN Licence holders using approved protocols and as such can be used in support of a licence application.

In early 2014, eDNA testing was approved by Natural England for determining GCN presence or absence in ponds.  eDNA is DNA released from an organism into the environment.  In aquatic environments, eDNA is diluted and distributed in the water where it persists for 7 to 21 days.

Using eDNA represents an exciting step forward in the survey of GCN.  eDNA sampling requires just one survey visit, which can be carried out from mid-April until the end of June.  As a result the cost to clients is likely to be less than conventional survey, and presence/absence surveys for great crested newts can be carried out over a much shorter timeframe.

However, the main limitation of this technique is that it cannot assess the population size of GCN if they are present, and this is required information for any great crested newt mitigation licence application.  To obtain population data, six surveys using conventional survey techniques are still required, with at least three surveys in the peak breeding season (mid-April to mid-May).

For this reason we recommend that this technique is only used where there is sufficient lead-in time to complete population estimates if necessary.

With in-house GCN licence holder expertise and extensive experience in carrying out eDNA and conventional surveys, we are well placed to help you with your survey requirements – contact us if you’d like to find out more.

For information on other kinds of protected species surveys, click here…