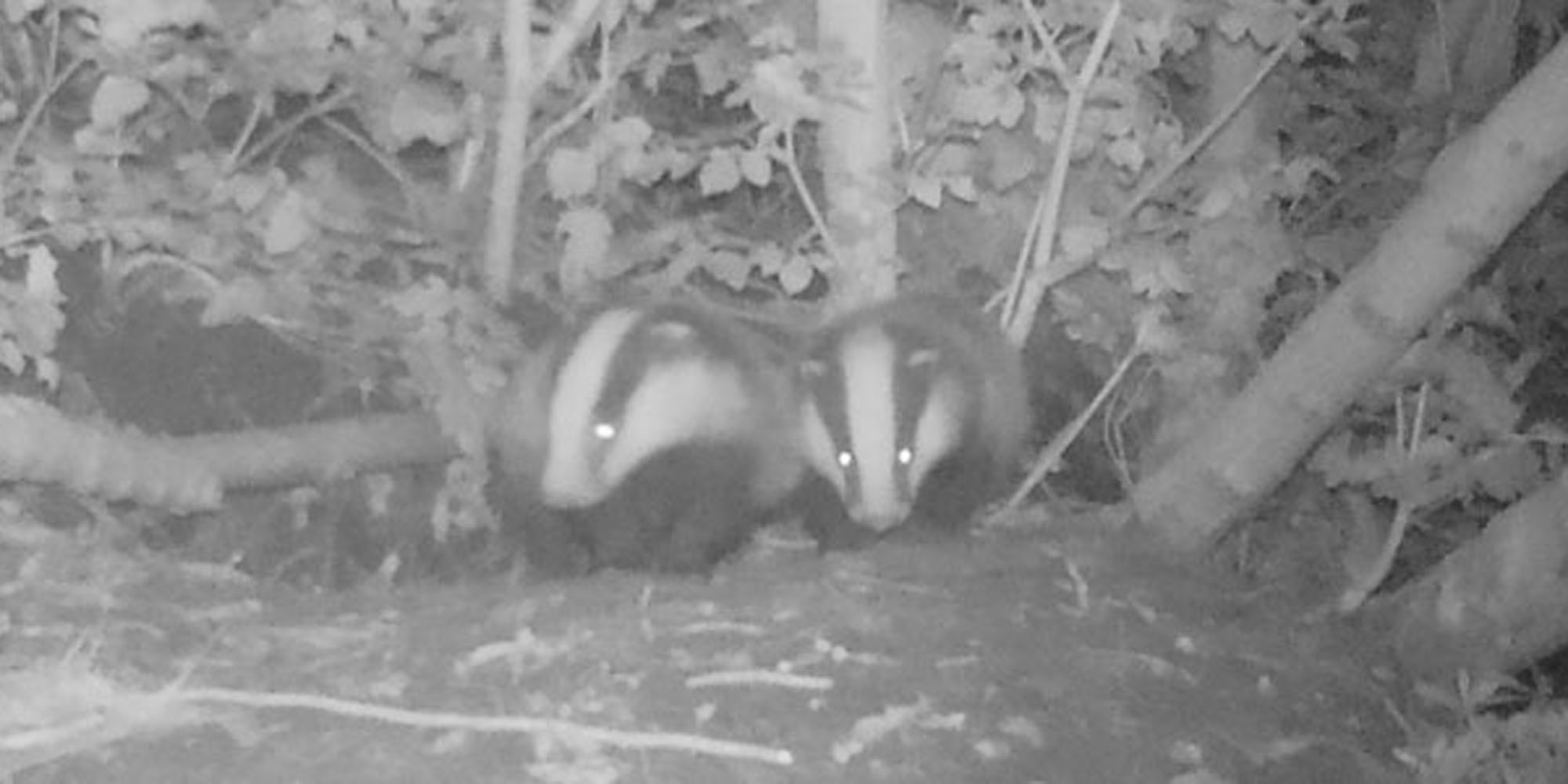 Badgers are amongst our most iconic and loved wildlife, coming second in a recent vote to choose a national emblem for British wildlife (BBC Wildlife Magazine, 2013). Although highly charismatic and popular, many people are unaware of badgers being present in their local area due to their nocturnal habits and they can often be overlooked during development planning.

Badgers and their setts are protected by law however, and development works which could disturb or damage badgers and their setts will require a license from Natural England. Setts are defined as any structure or place which shows signs of badger activity. They are usually found in wooded banks but can also be found among boulders, hay bales, under hedges and raised buildings.

When you need to survey

Initial searches of biological records data can reveal whether there are historical records of badgers in the area. A site walkover by an ecologist can identify whether suitable habitat is present for sett building and if there are signs of badger activity within the site boundary or nearby.

What to look for

Surveys for badgers can be undertaken throughout the year, but will be more effective in early spring or late autumn when badgers are active but vegetation is less dense, allowing setts to be more easily identified. Sett entrances are generally 25-35cm in diameter and D-shaped and noticeably larger than rabbit holes. Large mounds of earth may be present outside entrances from badgers digging new tunnels and chambers as well as bedding (such as dry grass) being strewn along nearby badger tracks and entrances. Additional signs of badger activity can include hairs (badger hairs have a distinctly oval cross section), footprints, latrines and snuffle holes made by foraging badgers.

The sett is protected if there are signs of badgers, even if it is not currently occupied.

If badgers are suspected to be using a sett onsite or nearby, further surveys will be required to confirm whether the sett is in ‘active use’ and determine if it’s a significant sett for the clan. Urban Edge Environmental Consulting uses movement-triggered infrared static camera traps to monitor sett entrances. Still images and videos are captured when a moving animal triggers the sensor on the camera. Sett entrances should be monitored for at least 4 weeks to determine whether they are active. Already this season we have captured excellent footage of adult badgers and their cubs playing outside a sett entrance.

How to avoid affecting badgers

If badgers are confirmed as being present then development works will need to prevent causing damage or disturbance to badgers and their setts. Badgers cannot be translocated so an appropriate working distance for activities which might damage the sett or disturb the badgers should be considered. Compensation should also be considered to offset negative effects from construction on badgers such as loss of foraging habitat. Development should seek to maintain foraging and watering areas or where this cannot be achieved to create new ones. Maintaining habitat connectivity for badger family groups to aid dispersal of young individuals should also be considered by installing tunnels or underpasses through fences and under roads. Excluding badgers from the construction zone should also be considered, particularly overnight when badgers are active and works have ceased.

In most cases development can avoid damaging and disturbing badgers and a Natural England license is not required. It is important to consider however how negative effects on local badgers can be reduced and offset, in order to protect one of our most loved species of British wildlife.